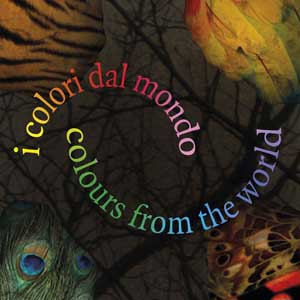 In collaboration with the City of Roccella Jonica – COLORS OF THE WORLD – International Festival of Contemporary Art – 22 weeks. – October 32,012

The event, curated by Eva Czerkl with opening Saturday, September 22at 18 at the former “Convent of the Minims” Roccella Jonica (RC) is proposed as an open window on today’s creativity in our region and in other latitudes, in a path to his adventurous way of styles, techniques, levels of experience, philosophies, generations and geographic origins.

A collective that transcends the significance of exposure group and becomes the message, affirmation, awareness, dialogue that goes beyond the barriers of language, race and religion.

Whatever their origin, are artists who all speak the same language of colors and shapes. Each of them has a special feature, a special sign, which often starts from a known emotional memories of childhood, an enchanted place or full of desolation, a city, a vast ocean, a mysterious folk song. But all transfused and diluted in the artistic path, a path that is part of the journey that took them away in the creative core of the earth.

In this sense, art, universally regarded as one of the languages ​​of the most efficient in terms of communication, it becomes common ground on which to find a way and a positive sign that unites men.

For the occasion, will be screened on video multimedia artist Maria Dutch Korporal “Night of Harmony” inspired by a poem by Marcia Théfilo, Brazilian poet and anthropologist.